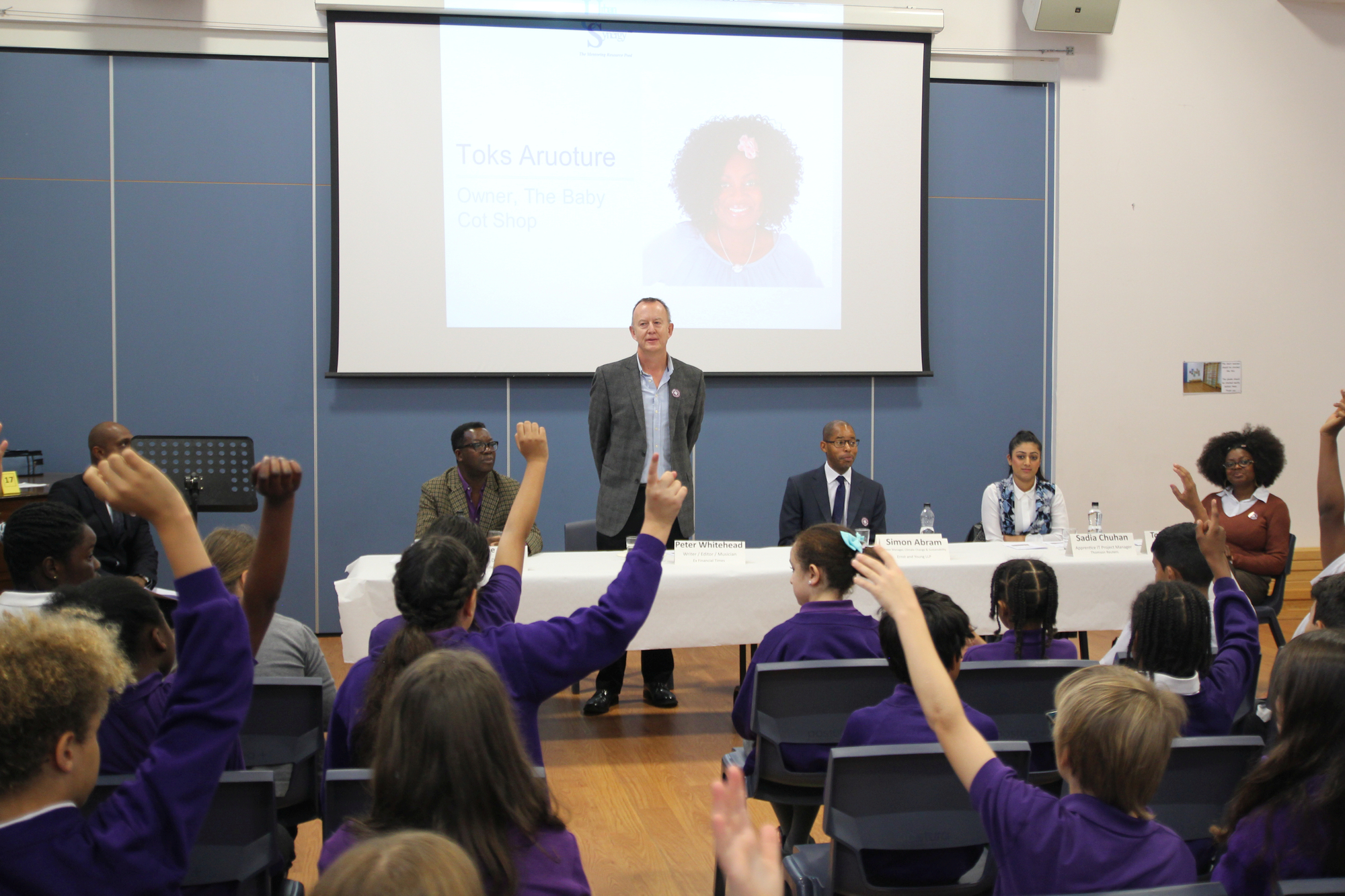 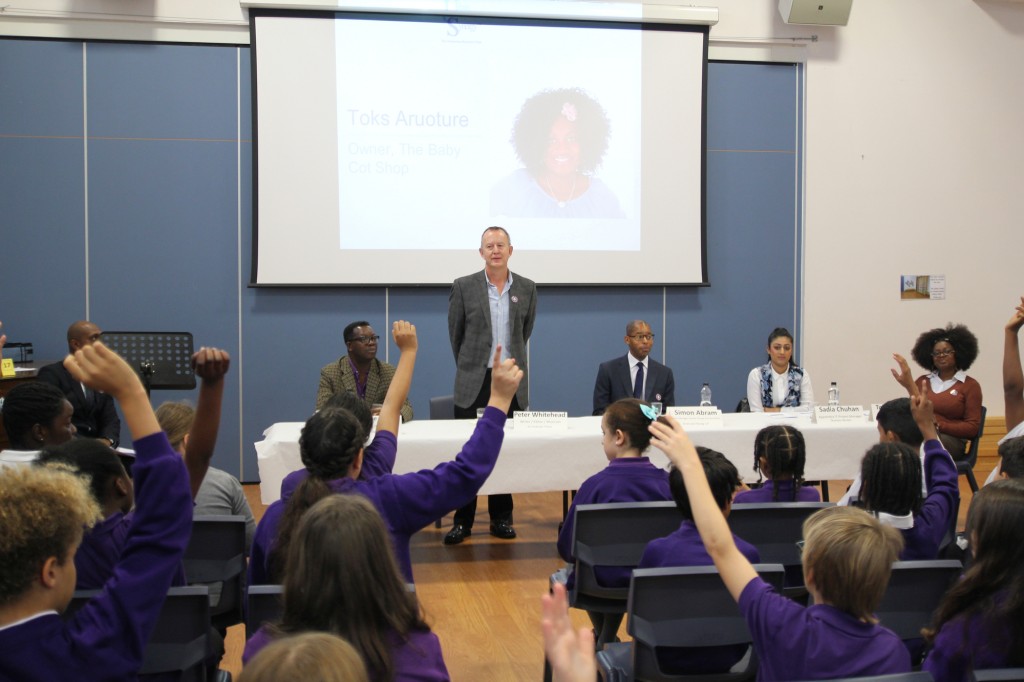 Hosted by Anthony Graham, Solicitor and Director at Amosu Robinson Solicitors and Urban Synergy Role Model, the seminar was attended by over 60 students from year 6 who heard from individuals from a variety of professions about their jobs, challenges they faced and overcame whilst on their school and career journey.

After an opening by Deputy Headteacher, Andrew Thrower, Anthony began by saying that it is very important that the students enjoy themselves as they go through these last years of primary school.  He went on to say that Urban Synergy provides a wide range of role models to assist and guide young people in their ambitions.

The excited students listened intently throughout the panel session and had many questions for the role models during the open Q&A.

Simon said: “Work hard to ensure you get all opportunities”

Dr Charlie Easmon, Medical Director of Your Excellent Health in Harley Street talked about his career and how failure made him learn new skills. He is now able to choose which clients he accepts.

Charlie said: “School is only one part of your learning. Don’t limit your ambitions. Be determined, work hard, focus on your interests and passions. You guys are our future.

Toks Aruoture, Owner of The Baby Cot Shop, wanted to be a doctor as a child and studied pharmacology. She also had interest in interior design and her home was often admired by friends and she later decided to study interior design and started a business.

Toks said: “Be aware what your talents are, recognise your gifts. Don’t let anyone say you cannot succeed. People may say no to you, but that is not a barrier as next time it will be a yes. Keep improving yourself.”

Peter, a writer and musician previously worked for the Financial Times. He always wanted to be a writer, discovered journalism and went to London School of Economics.

Peter advised: “Have a wide variety of friends and interests outside of work, there’s life outside work.”

Ola Masha, Director and Filmmaker is passionate about making film especially the wide variety of subjects. He said that seeing an idea being made into a film, the entire journey is satisfying.

Sadia Chuhan, Apprentice IT Project Manager, works at Thomson Reuters which is often a male orientated industry and felt that she had to prove herself because she was young. Sadia said: “Achieve your dreams, work hard, never give up.”

The panel session and Q&A was followed by the speed mentoring tables, where Urban Synergy Role Models from Banking, Telecomms, coaching, Music and Retail industries shared their expertise and students were able to ask questions in more detail.
Gordonbrock School student feedback:

[quote]I learnt that if you want to succeed in life and make your dreams a reality there may be obstacles to overcome and persevere
“I learnt that we have many gifts inside, not just one or two. Learn to be focused. Aim to be brilliant.”

Amber – Gordonbrock School
“I enjoyed meeting Ola, Toks and Sadia.  They are my role models.”

Sareiah – Gordonbrock School
“I will spend more of my free time researching my passions and learning about my interests.”

Headteacher Maria Gilmore said:
[quote]“I was delighted to see Urban Synergy back in school this week.  The role models were hugely inspirational to our children and I know that when faced with a challenge, they will look back and remember the key messages – work hard, never give up and believe in yourself!  Thanks to the Urban Synergy team – we look forward to welcoming you back next year.”

[/quote] Karen Hamilton, Key Stage 2 Phase Leader said: [quote] “Well done to you all at Urban Synergy and to your role models. I’m aware that all of the Urban Synergy staff have day jobs and I am in awe of what you all achieve. The children couldn’t stop talking about their experience this morning.” [/quote] Leila Thomas said: [quote]“Urban Synergy were delighted to visit Gordonbrock again. The pupils were an attentive and appreciative audience, and our volunteers were encouraged to share their life stories and their top tips for success. They listened intently and asked intelligent and insightful questions, our Role Models look forward to returning next year”[/quote]