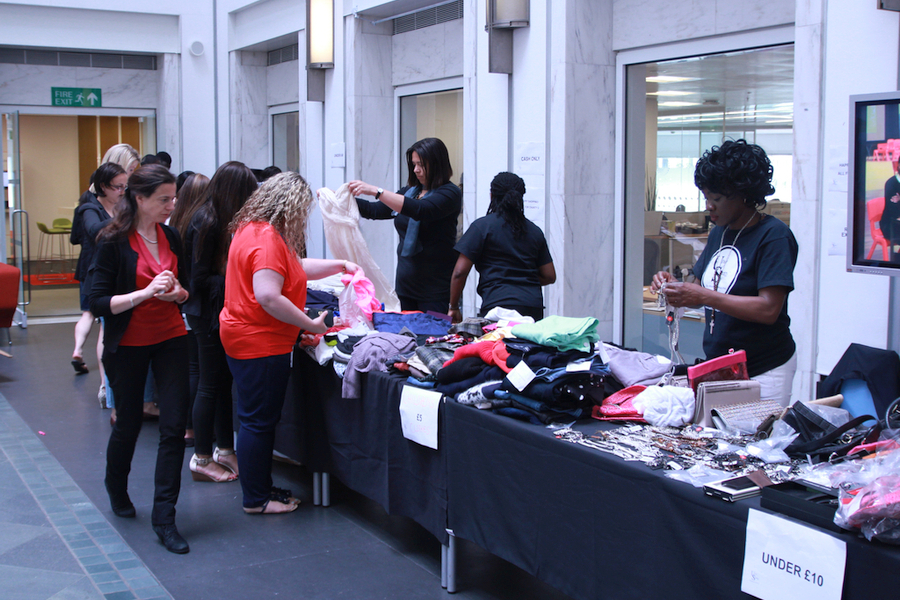 On Friday 19th June 2015, Urban Synergy held another Charity Clothes Sale fundraiser at Thomson Reuters in Canary Wharf. The clothes were generously donated by French Connection UK and proved to be popular with staff.

In addition, Thomson Reuters staff held a technology themed cake bake at their conference, the proceeds from which were also donated to Urban Synergy.

Our thanks to Thomson Reuters and their staff who came to the clothes sale and took part in the cake bake.