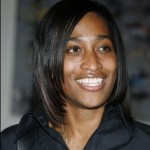 Leila’s ideas and sheer determination have resulted in Urban Synergy being able to help hundreds of young people since its inception in 2007. Alarmed at the incidence of violence and disenfranchisement affecting young people of colour, she decided enough was enough and created an organisation to help support and encourage them to success.

A Technical Project Manager for Thomson Reuters by day, Leila says, “I love my day job but volunteering my time in this way is so worthwhile. I hope to build the self-respect of the young people we mentor – and who knows maybe some of these young people will in turn become future role models for future mentees.”. Leila also has an NVQ Level 1 in Youth Work qualification. 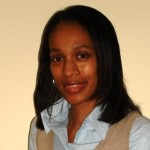 A procurement professional, Dianne has worked for some of the world’s biggest corporations. Of her reason for joining Urban Synergy she says, “I felt it was time to stop talking, and instead take some practical steps towards helping the youth in our communities.”.

Donovan is the organisation’s main “numbers man”. An accountant for the English Football Association, Donovan joined Urban Synergy to “try and help make a difference for kids in our communities who might just need that extra bit of support.”

Known for being calm and for his love of sharing a joke or two, Donovan counts reading, music, watching movies and sports as just some of the things he enjoys. He’s also football mad and manages and play regularly as well as taking part in other sporting activities. 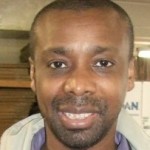 As a very early volunteer for Urban Synergy, Trevor has taken on a variety of roles including contributing to the strategic direction of Urban Synergy and coordinating catering for social events. He is currently a member of the Urban Synergy Steering Committee.

Trevor was Urban Synergy’s first mentor deployed in the field and with the support of the Urban Synergy team he is making a real difference to a young man’s education and aspirations. A project manager and software developer with experience in the mobile telecommunications, digital and interactive television and geophysical data processing industries, Trevor also shared founder Leila Thomas’ dream of making a difference. Trevor and fellow techie, Nigel Williams are working on various technical projects for Urban Synergy. 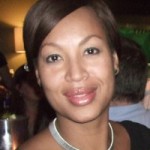 With a career in the IT industry, Charmaine also looks after Urban Synergy’s compliance and procedures as Company Secretary. But it’s her work with young people that gives her a huge sense of satisfaction. Charmaine has NVQ Level 1 and Level 2 in Youth Work qualifications and over 10 years experience in youth support. She also provides 1-2-1 mentoring programme support to mentors and parents and manages the monitoring and evaluations for various Urban Synergy programmes.

Between Charmaine’s love of photography, fashion, antiques and roller-skating, she can often be found assisting with Life Skills activities for Urban Synergy’s young people. As well as volunteering at Urban Synergy, she also supports another local community youth intervention project helping young people some of whom are from disadvantaged backgrounds.

Courtney was as born in Kingston, Jamaica, and criminal law was an integral part of his experience and the process of his acculturisation into British society.Courtenay came to the Bar directly from university. He was always interested in politics and had long understood that black-letter law was not, in itself, a sufficient grounding for a proper application of the criminal law. Time spent as Legal Assistant to the Greater London Council’s Police Support Committee, and as a Revson Fellow at the City College in New York, completed his education. He returned to full time practice now able to articulate what hitherto had only been understood viscerally.

The Teaching Awards: London winner of the DfES Award for Governor of the Year 2006 and national runner up

Management and leadership practitioner for the past 33 years, operating in both the private and public sectors. My knowledge and expertise in these areas have been developed from the following experiences:

Partner at LSTC Consultancy providing one 2 one coaching, personal development workshops, seminars, presentations and in-house training programs. We work with schools, youth groups, community groups and business with one aim; to improve the performance of the participants. Improved self esteem, goal setting and communication skills are just a few of the benefits of our programs.

Director at Edf. Patrick was born in Jamaica and came with his siblings to live in England with his parents when he was eight. He attended a number of schools within his first 10 years in the country and found himself in a remedial class when he started his secondary school. He went on to attain O-levels, however, and joined the London Electricity Board as a technical engineer apprentice in 1978.

Today, Patrick is Director of Connections, which means he has responsibility for all new connections to EDF Energy’s distribution networks. It is the biggest business of its kind in the UK. As well as running Connections, Patrick manages EDF Energy Networks’ contracting company.

Garry has been a member of Tooks Chambers since 2002. He specialises in criminal defence and is a committed advocate who is not afraid of advancing his client’s case and ensuring proper protection of their interests. He has a strong and varied practice representing clients across a wide spectrum of offences from homicide, firearms and drugs to evasion of customs duty and court martials.

He was most recently seen in the BBC’s Canterbury Tales and is a former Casualty star. He currently co-presents BBC London 94.9 FM’s show Drivetime with Kath Melandri. Eddie Nestor replaced Henry Bonsu on Drivetime who left to pursue other broadcasting opportunities.

Michael was born in Nigeria and moved to South London with his family in the mid-90s. He spent most of his life in the area and attended Sacred Heart school in Camberwell, followed by Saint Francis Xavier (SFX) Sixth Form in Clapham.

He currently works at Bain & Company, a global strategy consulting firm. At Bain he has been involved in a number of Corporate strategy and Private Equity projects across Consumer Products, Healthcare, Social Impact, Utilities and TMT. Prior to Bain, he worked at Goldman Sachs Asset Management (GSAM) on the Middle East and Africa client coverage team. Here he supported clients including Sovereign Wealth Funds, Central Banks and Pension Funds.

Michael is extremely passionate about helping young people fulfill their potential and helped to kick-start the Urban Synergy ‘Think Further’ Academic Seminars in 2008.

Michael holds a BA (Hons) in Philosophy, Politics and Economics from Oxford University.